To have the optimal experience while using this site, you will need to update your browser. You may want to try one of the following alternatives:

Can Water Damage to a Basement in a Raleigh Home Affect Other Rooms? 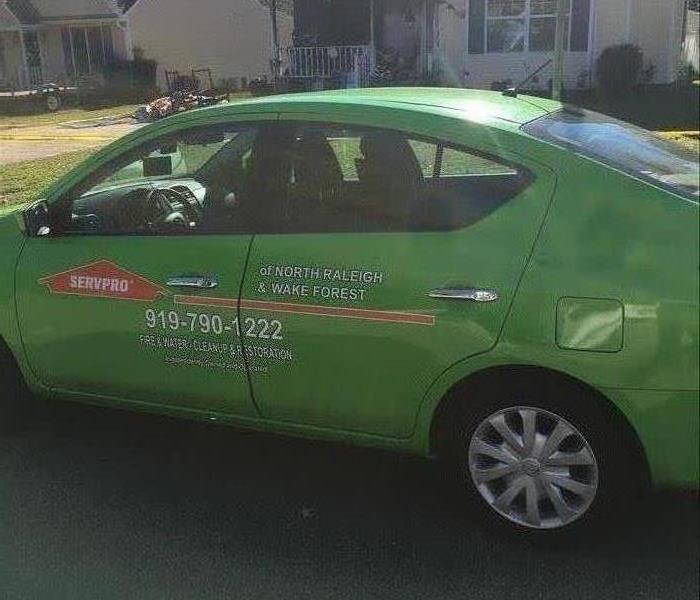 Water damage is no DIY project. Call the pros at SERVPRO and let their technicians handle the job for you.

Water damage in the foundation of a Raleigh house can have consequences throughout the whole home.

Raleigh, also known as the "City of Oaks," is considered one of the fastest-growing communities in the U.S. It owes its name to Sir Walter Raleigh, an English gentleman of the Elizabethan era. Along with Durham and Chapel Hill, the city is pivotal to the Research Triangle and home to North Carolina State University. Its metropolitan area reaches across Durham and Wake County and houses nearly 1.5 million people.

In 1788 Raleigh was established as the state capital and was incorporated four years later. Its location away from the coast was chosen intentionally. It is considered one of the earliest examples of a planned city, set up as a grid with the State Capitol at its center. Although its economy was deeply affected by the American Civil War, no significant battles were fought in Raleigh. Years later, the Research Triangle Park yielded significant employment opportunities and set the stage for continued growth.

Like much of the United States, Raleigh has had its ups and downs throughout history, but in recent years the city has been recognized as one of the best places to conduct business and to live. Financial services, telecommunications, and pharmaceuticals are among the top industries, but biotech and textiles also play a prominent role in its economic landscape. Technology and IT, and advanced manufacturing are also present, fed by a well-educated cadre of people, typically associated with the academic institutions in the area.

The Performing Arts in Raleigh

Raleigh's weather makes its venues usable virtually year-round, and a vibrant artistic community continues to flourish. The city is home to some of the most famous professional arts organizations in the state, most notably the North Carolina Symphony and the Opera Company of North Carolina. Numerous performing arts spaces offer programming, as do those located within the colleges and universities in the area. Some of the most famous landmarks include-

As expected, museums and art galleries also grace Raleigh's streets, including the North Carolina Museum of Art, Art Space, and Visual Art Exchange. Diversity of thought and culture throughout the city makes it ideal for exploring and learning for all its residents.

Many homes in Raleigh are spacious and enjoy bonus rooms and basements. Naturally, water events occur, including leaks and plumbing mishaps. When this happens, your basement may capture water creating the need for water extraction services. At SERVPRO, we have the necessary equipment and expertise to arrive into your home and extract excess moisture and humidity. Among the tools you may see, you can find

Regardless of your specific circumstances, SERVPRO of South Cary/Apex has the know-how necessary to restore your home and prevent unfortunate consequences. Do yourself a favor and call us at (919) 615-1160 as soon as you detect the issue. With our help, our home will be in top shape in no time.